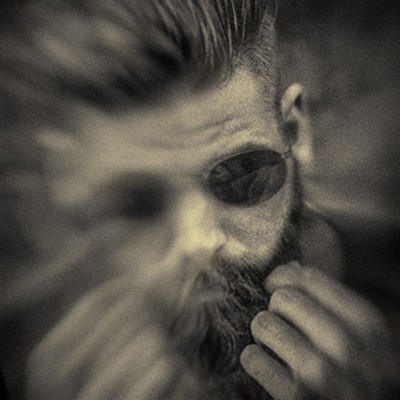 When I look at James Pryor's haunting portraits, I am reminded of William Faulkner's most famous quote, from his novel Requiem for a Nun: "The past is never dead. It's not even the past." More importantly, he continues, "All of us labor in the webs spun long before we were born, webs of heredity and environment, of desire and consequence, of history and eternity. Haunted by the wrong turns and roads not taken, we pursue images perceived as new but whose providence dates to the dim dramas of childhood, which are themselves but ripples of consequence echoing down the generations. The quotidian demands of life distract from this resonance of images and events, but some of us feel it always."

Faulkner reminds us that the past, which is the past each of us must contend with, is inescapably tangled with our present, as well as our future. We are, in our essence, unable to tear free of what we once were. This rumination is expressed by in Pryor's in his photographs as well as his thoughts as he says, "We are all living with ghosts in one way or another, be them thrust upon us or conjured on our own. Ghosts, though weightless, dramatically impact the rhythms of our lives."

When one considers this point of view me must admit that the act of taking a picture is a way to keep the past close to us. The meaning of an image, representing a fraction of a second, though standing in for some important event, will become warped by faulty memory as time passes. As the years go by, confounded by our fugitive recollections, we are creating our ghosts.

Pryor's photographs haunt us in that way. We are invited by the open-ended nature of his images a chance to conjure our spirits out of his imagination. Like glimpses from our own memories, Pryor confronts us with specters; portraits that at once feel human and otherworldly. People, who look palpable, but carry the aura of someone photographed in by-gone days. Pryor's apparitions hail from Florida, Mississippi, Oklahoma and Arkansas, places we associate with the gothic south—the land of Faulkner, Tennessee Williams, Eudora Welty, and also Clarence John Laughlin and Ralph Eugene Meatyard.

Like Laughlin's and Meatyard's photographs, Pryor's imagery is enigmatic and dreamlike. His photograph of a young woman in, "If This Is Goodbye," is discomfiting. Her face and a portion of her jacket are the only elements in focus. Her storm-ravaged hair is echoed in the clouds that hover behind her and in the unsettled atmosphere of her stare. When we look at the "Trawlerman's Song" we are confronted by a bearded old man whose craggy face is reinforced by the peeling and chipped paint of the weather-beaten window frame that encompasses him; notwithstanding, what we are really drawn to is his eye. We recognize that in his sightless eye we may gain some understand his life, and hear the song of his years aboard a boat endlessly rocked by a restless sea.

Pryor's well-spring of inspiration comes from his internal rhythms made manifest by his vision, which he puts thusly, "I draw from the emotional moment presented to me while it is backfilled with years of subtle poetic affirmations. Dreams, imaginations, despair, cavernous loss and the realities of existence delicately comingle on the dance floor of life."

In all of Pryor's images, if one goes to his website, we are struck by his unrelenting poetic vision. He represents his ghosts with a soft focused melancholy that forms the basis of the romantic ambience he infuses in each picture. In his subject's faces, we find in ourselves the melancholy side of life, a life inhabited by our ghosts.